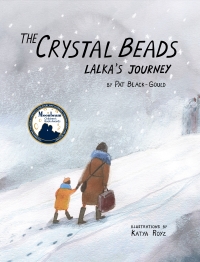 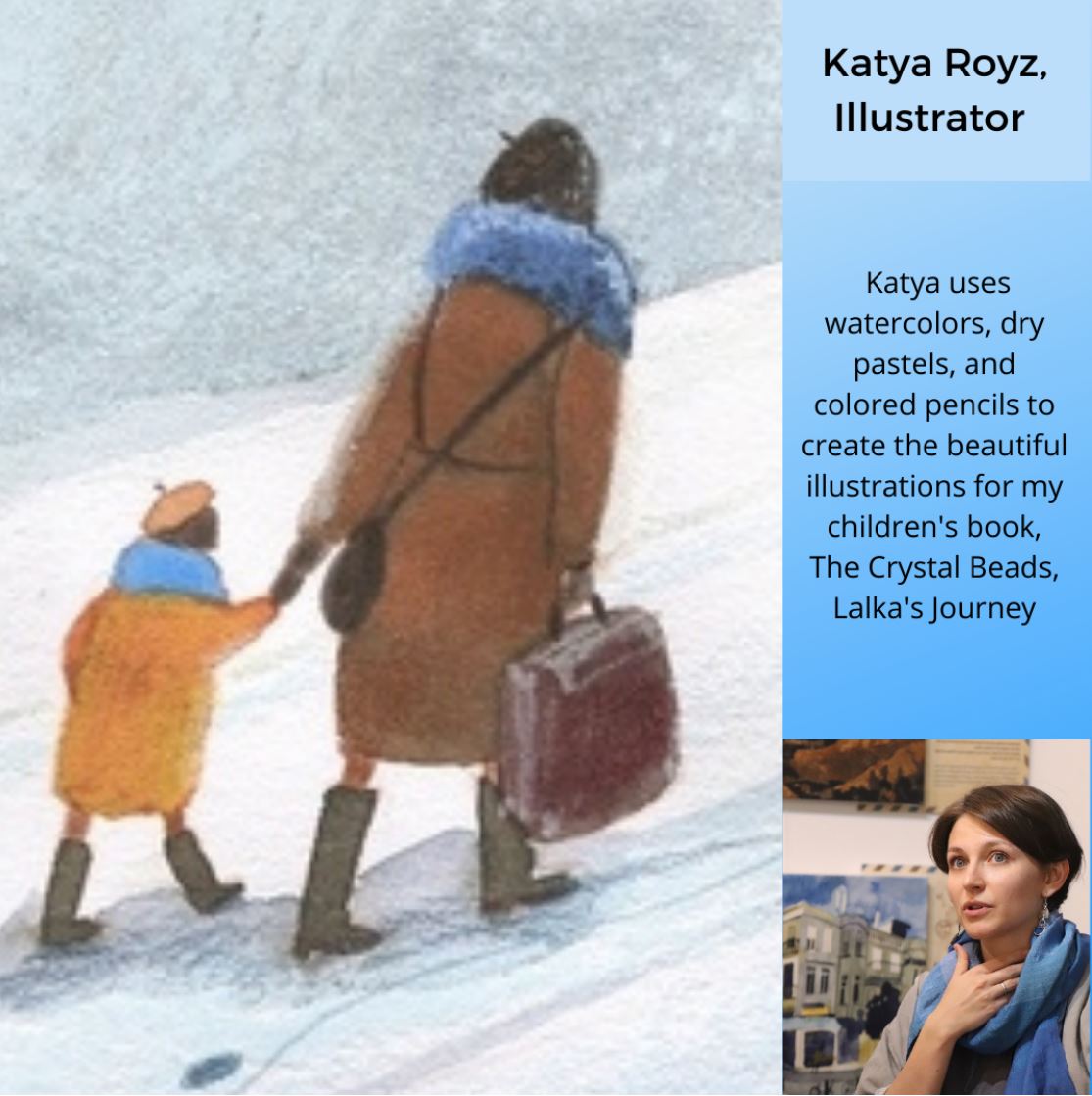 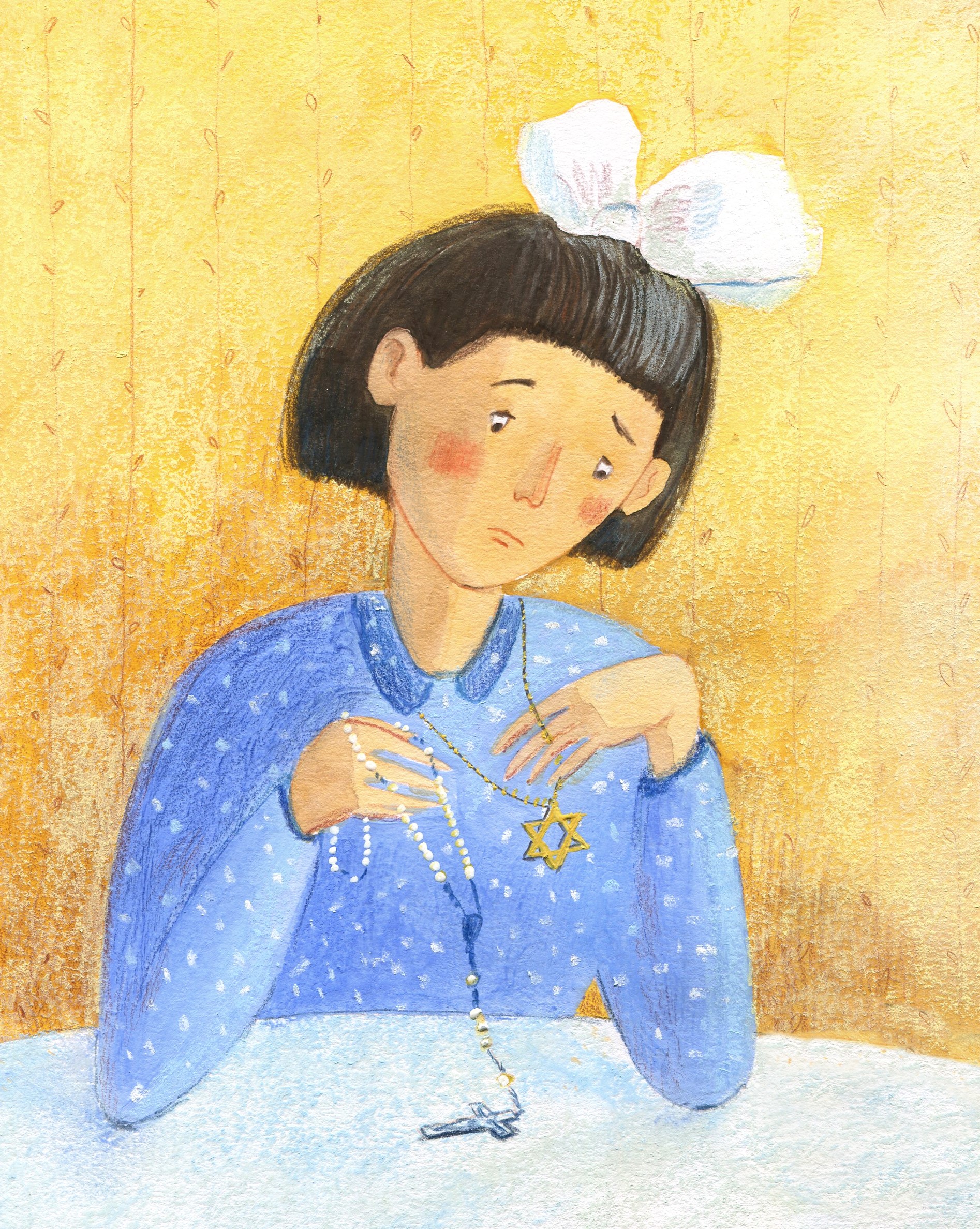 Ekaterina Royz is an artist, illustrator, and educator who teaches drawing to children and adults. Since 2017, she has lived in Israel, where she repatriated from Siberia. When Katya received a message from Pat with a proposal to illustrate The Crystal Beads, she had no doubt that this was exactly the kind of subject matter she felt passionate about. The events of World War II and the Holocaust personally affected Katya's family. Her grandfather, Efim Royz, was born in Ukraine, in the Jewish town of Derazhnya, into a large family: a mother, father, and nine children.

In the summer of 1941, Nazi troops occupied Derazhnya. The Royz family was one of the few who fled Derazhnya before the Nazis arrived. Numerous relatives and friends stayed there, hoping that everything would be okay. The Jewish ghetto was established in Derazhnya. On September 20 and 21, 1942, the German Sonderkommando shot the entire Jewish population of the city—more than 3,500 people.

Katya's great-grandfather, great-grandmother, and their children made it to Siberia despite great difficulties, and therefore everyone was saved. For Katya, the topic of the Holocaust is close to her heart and interesting not only because it is an important period in world history, but also because of her personal family history.

In addition to illustrating, Katya collaborates on educational projects on a wide variety of subjects, including the Holocaust, for young people in Israel, Russia, and the Commonwealth of Independent States.